Girl Comics is a three issue anthology series published by Marvel Comics in 2010.

There was some controversy about the use of the word "girl" in the title. Jeanine Schaefer, an editor who worked on the project, said, "It was one of the first titles we thought of (the actual first one, I think), because it pulled double-duty: not only was it the name of an old Marvel romance title, it has a word in it that we could take back."[1]

As of July 2011, all three issues are available to read through the Marvel Unlimited service. 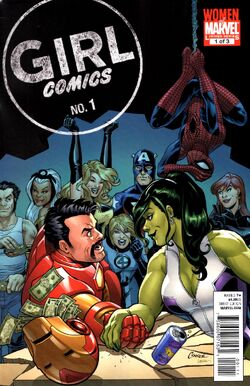 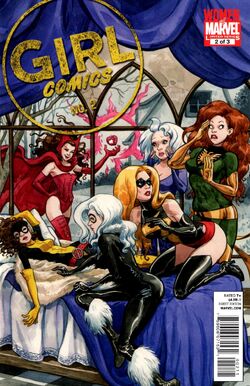 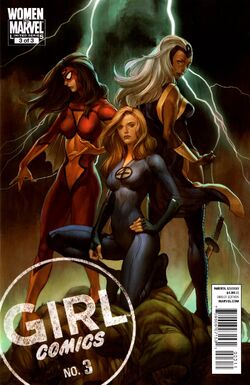 Retrieved from "https://womenincomics.fandom.com/wiki/Girl_Comics?oldid=21867"
Community content is available under CC-BY-SA unless otherwise noted.