Emma C. McKean (December 16, 1907 - March 7, 1992)[1] also credited as Ema Keen[2], was a cartoonist and illustrator. As a contributor to New Comics #1, she was the first woman to contribute original comics material to a comic book.

McKean was born in Taunton, Massachusetts to David and Emma (Anderson) McKean.[3] Her mother was from Sweden, while records of her father's origins conflict; he was either English or Swedish.[4][5] She was one of five children. Sometime after her youngest sister Sarah's birth in about 1914 and before 1920, the family moved from Massachusetts to Brooklyn, New York.[5]

In 1935, New Comics #1 was published by DC Comics's forerunner National Allied Newspaper Syndicate; it was the first comic book to contain original comics material instead of newspaper strip reprints. As "Ema Keen", McKean contributed the one-page "Sister and Brother" feature, as well as an activity page.[9] While the issue also contained text pieces by Connie Naar and Josephine Craig, McKean was the only woman to contribute comics material. She subsequently contributed an activity page to New Comics #2 and a feature called "Sara Lou Sunshine" to New Comics #3 and 4, also making her the first known woman to create a recurring comic book character. She also worked on Dell Publications' Looney Tunes licensed comics in the early 1940s. Also in the 1940s, she illustrated a number of children's books. 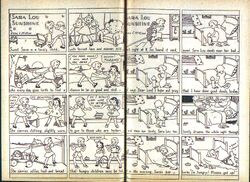 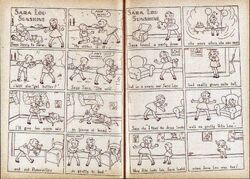 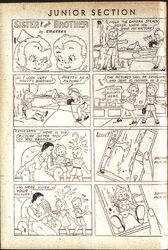